My history begins a long way away, in Val d’Illasi, more than forty years ago. For my family’s fields are there, and I worked there as a child, side by side with my parents. A passion for the earth, as the seasons unfold, became ever more deeply rooted, pushing me to study crop sciences, which completed a course of knowledge that I really began in the fields, in contact with the soil and our local area.

When I was 20 I met the man who changed my life, Giuseppe Quintarelli, my future father-in-law, with whom I worked for years in his winery.

Those were years filled with intense, hard work, during which I honed my profession, measuring my skills against the great classic wines of the area – Amarone, Valpolicella, and Valpolicella Ripasso. My training and my identity became increasingly better-defined, and I developed my own personal vision of the winegrower’s profession: in my belief, it is closer to that of an alchemist in continuous search for the philosopher’s stone that changes lead into gold. It is precisely this striving towards ceaseless research that impelled me later to establish and grow successfully some dozen wineries in the area.

In 1999, I felt that I had by then acquired enough experience in the viticulture-winemaking field, and so, through the recovery of an old sandstone quarry, emerged Zýmē, in San Pietro in Cariano, in the heart of Valpolicella Classico. The winery grew slowly, in tandem with the evolution of my way of conceiving a winemaking operation.

I thought long and hard about the fundamental values on which the profession of grapegrower and winemaker should be based: culture, research, and transparency. Culture, for me, is an ethical culture, an awareness that one is part of a local area rich in history and traditions that must be preserved and enhanced. Maintenance of venerable cultivation and winemaking practices and the recovery of ancient indigenous grape varieties are concrete interventions that are evidence of respect for one’s origin in that local area. Research is the attempt to reach the cleanest simplicity, cutting away all that is superfluous; after years passed in increasing the refinement of wine, today I strive to coax out and showcase its most essential elements: its purity and its primitive character. I love risk and experimentation, and this revolutionary spirit has led to the birth of some of the wines that are among this winery’s most iconic.

What I require of a wine is that it be transparent–in other words, that those who enjoy it can “read,” in every sip, the history of the osmotic interconnection between my identity and the land that I love, defend, care for, and renew.

Creation of all of Zýmē’s wines

PASSIONS: Beauty in all its forms 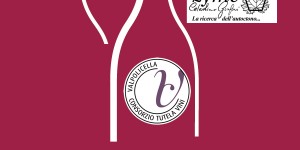 Ready for OperaWine 2022 with our Amarone Riserva La Mattonara 2003

Simply the Best – Save the Date – See you in Milan!